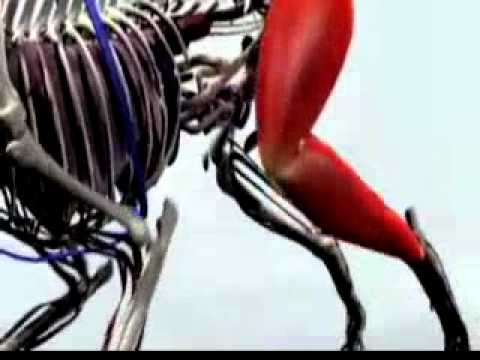 The Alaskan Malamute breed is seen as the largest breed of the Arctic dogs. A thick well build dog quite solid in its structure with its tail plumbed over the back. A direct defendant of the Arctic Wolf this Nordic sled dog derived its name from an Alaskan tribe known as the Mahlemuts known for raising these snow dogs for transportation.

Due to their endurance and strength they were effectively used to pull light traveling sleds sometimes filled with heavy loads of food and supplies for their survival. They have been used in many instances for polar expeditions because of their accurate sense of direction and tenacity coupled with their acute sense of smell.

Seen to have a distinct almost frightening resemblance to the wolf, the Alaskan Malamute has a proud sweet temperament. They have a coarse thick double coat one to three inches in length and can be seen in a variety of colors ranging from light grey to slight shades of black and even a shade of sable to red. The Alaskan Malamute is best suited to cold climates with its soft thick coat and in events where they are exposed to warmer climates owners should ensure that they have plenty of cool water and not expose them to extreme heat.

They are very loyal, highly intelligent and affectionate to their owners. Due to their affectionate and loving nature these dogs are not suited as guard dogs. This has allowed them to be incorporated within families with small children as they are often observed as a dignified sweet and loving breed.

Best suited as an indoor dog they can be seen as most happiest when they receive acts of companionship and admiration. They do however require sufficient exercise and are love to participate in outdoor activities. Due to their size and outdoor nature the breed is not recommended for families living in an apartment.

Training should be instilled from an early age by encouragement and firm commands as most Alaskan Malamute males can be quite stubborn. However their natural tendency to please their masters and their well-mannered attitude can be rewarding during training. Owners should be firm, consistent and confident when caring for this breed.

The Alaskan Malamute should be supervised at all times in the presence of small animals and pets as they have a natural instinct to view such animals as prey rather than companions. They have however been known to care for small kittens as one of their own. The Alaskan Malamute male and female have been known to be highly competitive and combative towards breeds and as a result efforts of firm training and handling must be implemented to curb this natural habit.

Like most breeds, the Alaskan Malamute is prone to a variety of hereditary diseases including, bloating, and hip dysplasia among a few others and both the male and females should be taken to a local veterinarian prior to breeding to ensure they are both free from any diseases which could be passed on to the puppies.

Owners breeding the Alaskan Malamute would observe that the Alaskan Malamute female will show her first signs of her heat cycle when she is just about 6 months.  During this period you will notice specific signs which may include swelling of the vulva, small amounts of blood discharged and male dogs will seemingly become overly interested in her.

The Alaskan Malamute female will exhibit unusual behavioral patterns such spending increased time alone, constantly licking her vulva region cleaning herself. Generally the heat cycle will last between 2 to 4 weeks and just about two times each year.

Many breeders have observed that successful breeding go the Alaskan Malamute will occur between the 9th and 10th day of her heat cycle as it is the best time to allow her to mate with the selected stud.

The mating process will usually occur without any intervention after the breeds are introduced. The stud will become overly excited in the presence of the receptive female and begin to lick her vulva region. He will quickly mount her from behind penetrating her. The glands behind the penis at this point will begin to swell. In response the female’s vulva will clamp around the swelling forming what is known as a tie. The tie will last between 30 to 45 minutes during which the sperms are sent to the waiting eggs to be fertilized.

A successful breeding of the Alaskan Malamute will result in a pregnancy which lasts between 60 to 65 days on average. During this time she should have her regular visits by the local veterinarian to closely monitor the pregnancy to allow a smooth delivery of her litter.