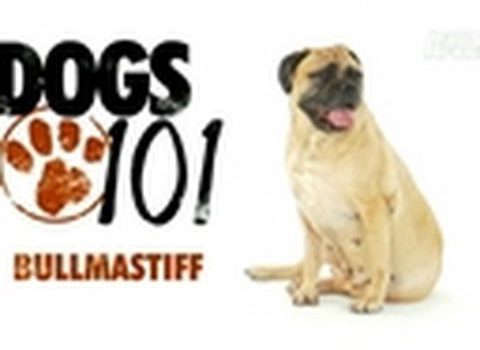 The Bullmastiff breed was originally developed in England by the gamekeepers of the great estates to be used as guardians or guard dogs of the surrounding grounds bred to display acts of intense courage confidence and speed.

Powerfully build and impressively large in physical nature, the Bullmastiff has the demeanor of a worthy adversary and undoable deterrent to any would be attacker or possible intruders. Though his determination to protect and serve can be exhibited with fierce acts of aggression, the Bullmastiff has also been known to to be a loving family companion and friend for the rest of the time.

He is highly sociable when trained from an early age, and is very confident and trustworthy; a noble characteristic desired in all breeds and to this dog as well.

The Bullmastiff is an exceptionally clean breed with a noticeably short coat quite easy to groom and has not been observed to shed easily. However they are seen as the occasional drooler and as such owners should always have a small hand towel available to wipe this big baby.

Although the Bullmastiff is quite large in physique they are not extensively active and as such will require just a few short walks and a few minutes of playtime on a daily basis to meet its requirements. Though recommended for medium to large home dwellers the Bullmastiff can become easily adaptable to apartment owners once their daily exercise activity is fulfilled.

The Bullmastiff puppy though highly energetic will tone down his activities as the dog matures which really does not reflect the breed as lazy in any way as the adult Bullmastiff has been found to excel greatly in sport activities including tracking, conformation, agility, and obedience. With their noticeably calm and amusing expressive nature they are also suggested as great therapy dogs.

Training the Bullmastiff breed is they should be guided with the use of firm commands expressing fairness and consistency from an early age. Successful training will allow this breed to recognize you as the head of the household and a pack leader.

The Bullmastiff breeds should be tested by your local veterinarian bur any genetic issues which would normally affect the hips, knees, and elbows as the breed are normally prone to develop these genetic issues. In addition the both the Bullmastiff male and female should be teated for any other prone diseases to ensure they do not pass on any such conditions to the puppies in the litter.

Keeping track of the Bullmastiff heat cycle is highly important and will determine if the breeding process will be a success or not. It has been observed that like most female breeds, the Bullmastiff female will go into heat approximately every six months or twice per year.

It is during the second week of her cycle will the Bullmastiff female become fertile and willing to be mated by the Bullmastiff stud. Both the male and the female should be introduced to each other under careful supervision within two weeks of her initial heat cycle to observe her temperament if she is ready to mate as she will express aggressively towards the mate if she is not ready and in such a situation they should be separated and reintroduced another day.

Once you have determined that she is ready to be mated by the stud introduce both dogs to each other and allow them to mate. While mating it will be observed that the stud’s penis upon entering the female Bullmastiff will become swollen, resulting in the female’s vaginal muscles to clamp around the penile area becoming stuck. This process is referred to as the tie, and it is during this period where the sperms are released by the stud to fertilize the eggs of the female. However there is no guarantee that the first mating will be successful and it is suggested that she be taken to her local veterinarian three to four weeks after breeding to determine if she is in fact pregnant.

Confirmation of the Bullmastiff pregnancy will yield a pregnancy period of between 58 to 63 days on average before she is ready to deliver her first litter.