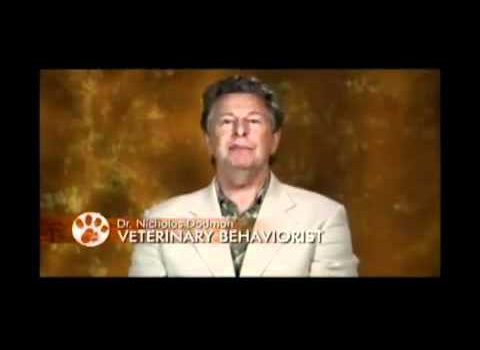 The Doberman Pinscher breed is seen as an energetic, obedient, watchful and fearless companion. Affectionate and loyal to his owner this breed is ready to give a prompt alarm to the possibility of danger and is more than adequate to execute that warning to it’s full effectiveness.

The Doberman breed enjoys the companionship of its family. They like to be embraced by their owners and it is through this display of love and affection they in turn will display their natural instinct of protector. The breed is a trustworthy dog in the presence of children, family friends and even guests and will curiously approach people to be held and cuddled.

By exposing your Doberman Pinscher puppy to a variety of people allows the breed to develop a early socialization skill ensuring the dog to be well rounded as it develops. Many owners have suggested enrolling the Doberman Pinscher puppy in what is generally termed as a puppy kindergarten class by inviting visitors into the home on a regular basis, taking walks in the park int he presence of other dogs and whenever taking a leisurely stroll.

This breed can be observed as a medium sized square looking dog muscular in it’s appearance possessing great endurance and unmatched speed. The Doberman Pinscher has a high level of intelligence and can be the perfect companion and guard dog if properly breed and trained from an early age. This has allowed this breed to be in great demand in the area of law enforcement as a police dog and dog of war.

Having been originally breed in Germany in the early 1900’s the dog was named after a renown tax collector Louis Doberman of Apolda who at that time required a medium sized companion and guard dog. The breed was developed through the utilization of the old shorthaired shepherd, the Rottweiler, the Black and Tan Terrier and the German Pinscher.

The Doberman Pinscher has a sleek smooth short double coat which lays close to it’s skin with a slight undercoat around the neck. This breed has generally been seen to have a coat color of black, blue, red and fawn with distinctive rust markings over the eyes, the muzzle, the throat, the chest and feet.

Grooming for the Doberman Pinscher is a minimal task, as the dog in generally seen as a clean odorless breed. The short coat however does have a tendency to shed quite a bit and as such will require weekly brushing and frequent bathing.

The teeth should be brushed two or three times weekly in order to remove the build up of tar and bacteria content in order to prevent the development of bad breath and gum disease.

The ears should be checked on a weekly basis for signs of redness or bad odor which cane a strong indication of an occurring ear infection. The outer ears should be wiped with a dampened cotton ball previously soaked in a gentle pH balanced recommended ear cleaner taking care not to go beyond the ear canal.

Nails should be trimmed on a monthly basis to prevent tears in addition to other problems. The Doberman Pinscher’s nails as with all breeds contain blood vessels. Extensive care must be taken to ensure the nails are not cut too short to minimize the occurrence of bleeding. If unsure owners are recommended to seek the advice of a professional groomer.

While grooming, owners should check for the existence of signs of redness or rashes indicating possible infections in order to address any health problems as early as possible.

When breeding the Doberman Pinscher owners must determine themselves firstly to be a responsible breeder with a commitment to produce healthy dogs of the heights quality and temperament. Finding a suitable home for the puppies in each litter is also an essential quality of any good breeder.

Dobermans selected for breeding should be thoroughly checked by the local veterinarian to ensure the non existence of inherited health conditions including Von Willebrand’s disease or hip dyplasia.

To successfully breed the Doberman Pinscher, both the male and female should be introduced in a quiet environment once you can determine the female is in heat which generally occurs every six months or twice per year. Both dogs should be carefully monitored to ensure they are responsive to each other. Upon mating, both dogs will become locked together for a period of at least 15 to 20 minutes before separating. During this time both dogs should be observed to be rather playful towards each other. Once separated it is essential that the female dog be kept away from other males.

To confirm the success or failure of the breeding regular visits should be scheduled with your local veterinarian to confirm, diagnose and monitor the pregnancy.

Your Doberman Pinscher should be provided with a quiet safe place to give birth to her litter lined with warm blankets creating a comfortable whelping nest. Your veterinarian should be immediately contacted when your dog begins to show signs of going into labor to ensure the safe delivery of her litter.