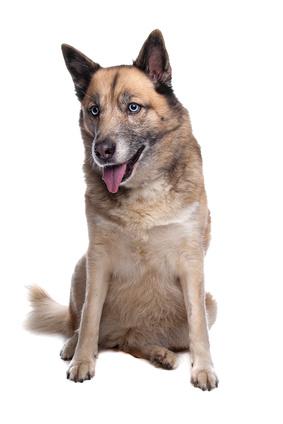 In 1930, the American Kennel Club (AKC) first recognized the Siberian Husky as its own breed. This breed is part of the working class of dogs, meaning they are tough and were historically used for jobs such as pulling a sleigh. Siberian Huskies have great stamina, so they need to have room to exercise and run daily. The breed is known for its long coat, which has many layers, making this dog most suitable for cold climates. They have an undercoat that feels like cashmere, covered by a tough, longer outer coat. This breed of dog may prefer sleeping outside in the cold to curling up in your nice, warm bed. A large-sized dog, the Siberian Husky stands at about 21 inches, weighing between 35 to 60-pounds.

German Shepherds are also known for their thick pelts, and they thrive in colder temperatures, much like Siberian Huskies. German Shepherds are commonly used by the police and military because they are easy to train, friendly and devoted. This breed averages about 24-inches tall and weighs between 65 and 90-pounds. 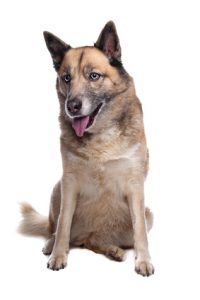 The German Shepherd Husky mix is a very active, loving, devoted dog. Due to its high intelligence, the German Shepherd Husky mix will enjoy training, and is a born performer. Without training, exercise and intellectual stimulation, the breed may become bored, destroying personal property, or escaping enclosure. Owners will have their hands full with this challenging dog, but their efforts will be richly rewarded with a loyal, protective and compliant pet.

The German Shepherd Husky mix is a very attractive dog. Most commonly, they have thick coasts of brown or gray, but can also be white, or even have a red tint to their fur. A thick coat and muscular appearance makes the German Shepherd Husky mix a very intimidating presence, despite its gentle character. Their thick coat tends to shed, especially when seasons change. Daily brushing is a must. Regular pet salon visits may include de-shedding and conditioning treatments. The best diet for the German Shepherd Husky mix is a premium dog food, designed for high energy dogs. Feed them fruits, vegetables and peanut butter occasionally as a treat, not as a main dietary staple. As with all dog breeds, avoid feeding onions, garlic, raisins, grapes and chocolate, as these are poisonous to dogs.

Is The German Shepherd Husky Mix The Right Breed For You?

If you don’t like the idea of owning a German Shepherd Husky mix dog feel free to read about other breeds in the Dog Breeds section above!