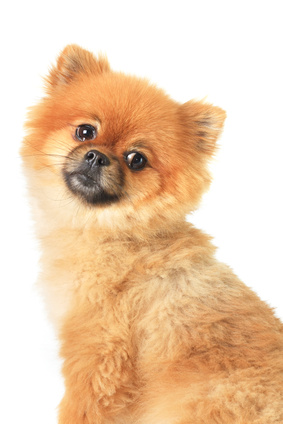 Teddy Bear Pomeranian’s are a popular breed of dog and a favorite amongst dog owners, due to their cute physical features. One of the most famous Teddy Bear Pomeranian’s is Boo. This adorable creature has won the hearts of over a million fans on Facebook and has even been coined “The Cutest Dog in the World.” The following are some interesting facts and tidbits about this amazing breed of dog. 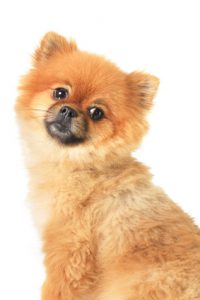 The Pomeranian gained popularity in the 17th century, when various members of the Royal family owned the specific breed. Queen Victoria was the proud owner of a miniature teacup Pomeranian and since then, the breed has diminished in actual size, yet they are more globally popular. They originated from Europe, in an area called Pomerania and are classified as a toy dog breed, due to their small stature. This dynamic breed of dog came to the United States in the late 1800’s and by 1911, the first show was held by the American Pomerianian Club. Having descended from the German Spitz dogs gives them an aristocratic air of fine breeding. The Teddy Bear Pomeranian is made up of unique colors such as white, brown, tan/toffee and light-brown.

The Teddy Bear Pomeranian is a curious and busy dog, that doesn’t mind a bit of independence. They have an easy going personality and will get along with every family member, as well as other pets. Just make sure they are introduced to other dogs and cats properly, to avoid territorial confrontation. The Teddy Bear Pomeranian does enjoy their playtime and may even try catching your attention by standing on their hind legs and barking excitedly.

A healthy Teddy Bear Pomeranian can live up to 15 years old. A few of the health ailments this species of dog can suffer from include molting, eye problems, tooth loss and dislocated kneecaps. The Teddy Bear Pomeranian is a well-adjusted, friendly dog and is quite happy living in a small dwelling like an apartment or condominium. However, they still need human interaction, love and regular exercise. They are prone to heat exhaustion, so never leave them unattended outdoors.

The Teddy Bear Pomeranian does have a willful and stubborn personality at times, making it easy to dominate a soft-hearted owner. It’s a good idea to keep the dog well-behaved and under control with a friendly, but firm hand, especially when it comes to barking. Teddy Bear Pomeranian’s love to bark so begin training them at an early age to keep the noise in check. This petite, lovable dog is unaware of its size and has a tendency to get into it with other dogs. Be prepared by always keeping them close and on a leash when outdoors, to protect them from aggressive, larger dogs.

The Teddy Bear Pomeranian has been known to shed quite excessively, so make sure to brush them on a daily basis. This will also prevent tangles and knotting. This type of dog is well-known for its Teddy Bear style of cut, which involves using a No. 10 blade shear and trimming the hair approximately ½ inch in length around the body. Remember to clip with the grain of the hair, to avoid injuring your dog’s skin. Shape the hair around your dog’s head and face with scissors. It’s also a good idea to trim the hair between the pads of your dog’s feet with blunt-nosed scissors to avoid injury. Their teeth are highly susceptible to gathering tartar, so make sure to brush them regularly, along with checking their ears and cleaning them.

Is The Teddy Bear Pomeranian The Right Breed For You?

If you don’t like the idea of owning a Teddy Bear Pomeranian dog feel free to read about other breeds in the Dog Breeds section above!