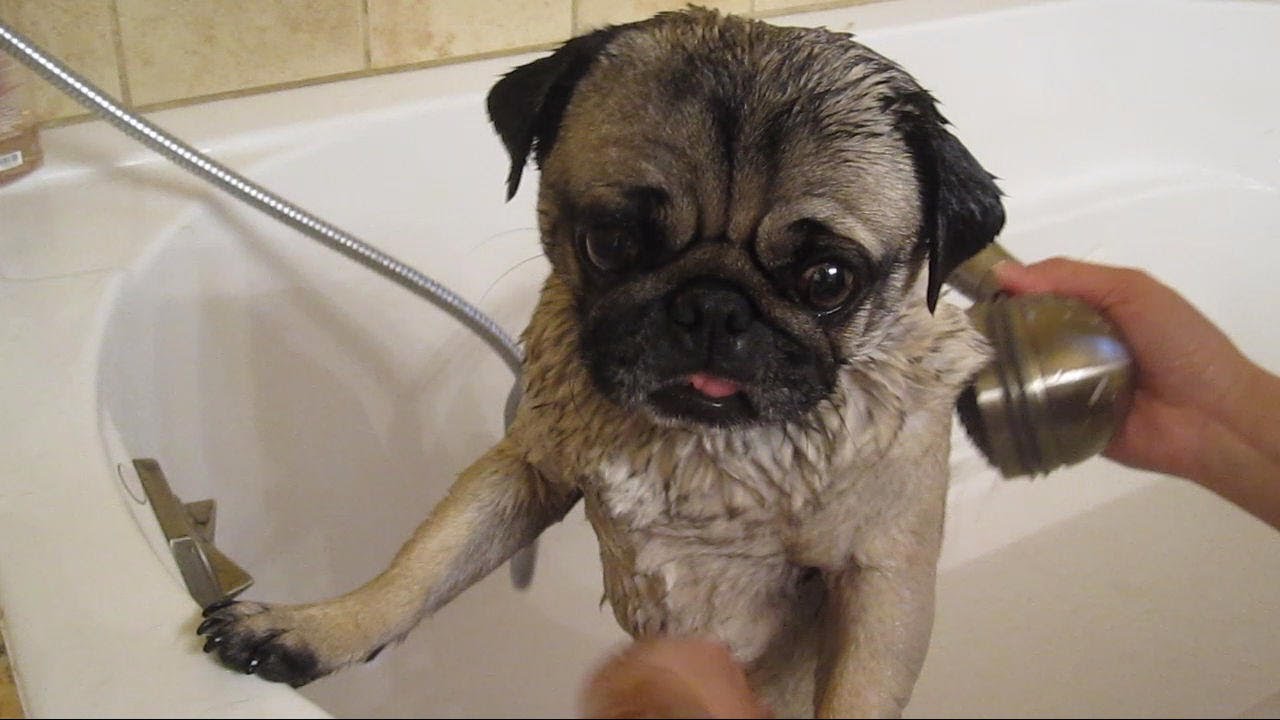 The Pug breed origin can be traced back to the Han Dynasty in China as early as 206 B.C to 200 A.D. The prized possessions of Emperors in China they were privileged to a luxurious lifestyle and exorbitant accommodations and even were guarded by Imperial Soldiers.

As China began it’s trade with the European countries in the early 1600 century Pugs were transported to Europe by Dutch Traders who referred to the breed as Mopshond.

Their popularity and adoration as household pets grew quickly throughout Europe allowing them to even be recognized as household family members. The Pug became the official dog within the Orange House in Holland after it reportedly saved the Prince of Orange life who was Prince William at that time by warning him of the approaching Spaniards in 1572.

As the Pug breed popularity grew it was referred to by a variety of names throughout Europe. Some of these names include, Carlin by the French, Dogullo by the Spaniards, Mops by the Germans and Caganlino by the Italians.

The Pug breed is seen as a small greed having an overall height of no more than 10 to 14 inches in shoulder height and between 14 to 18 pounds in weight.

They are an affectionate breed having been bred specifically as companions. They have been found to crave affection from their owners occasionally sitting in your lap while you read your favorite book or watch the TV and may become extremely unhappy from lack of attention and affection. The Pug breed is a curious and playful dog who seemingly aims to amuse its owner through silly comical gestures. They are a sociable breed if trained from an early age allowing them to be easily approachable by strangers and will tend to exhibit a playful and lively temperament.

Like most breeds, the Pug is prone to a certain health issues which may include, Epilepsy, Nerve Degeneration, Dry Eye, Allergies Yeast Infections and a few others. As such it is imperative that they have their regular check ups at the local vet to ensure they remain in the best of health.

Pugs are seen with a noticeable double coat which can be either black or fawn colored. Their coat is smooth and short and will shed quite a lot mostly during the summer seasons and as such is not recommended for a person suffering with allergies. Brushing and bathing should be done on a regular basis to keep the shedding at its minimum.

The Pug should have its bath at least once per month or more frequent if needed by utilizing the utility or kitchen sink for bathing due to its small size. The facial wrinkles should be given special attention as they are highly possible points for bacteria deposits after a bath which will develop into infections. They should be cleaned and dried thoroughly after each bath to prevent any occurrences.

The pug is a small breed dog but the Pug unlike most small breeds is not as delicate.  As such the Pug has been found to be an suitable pet for families with small children.

Seen as a low maintenance breed, the bug has been found to be ideally suited for the typical apartment dweller because of their small size and inactivity. They do however require their daily walks and playtime for exercise.

When breeding the Pug it is recommended that both dogs be examined by their local vet to ensure they are free from any hereditary diseases which may be passed on to the puppies.

The Female Pug will show her first signs of her heat cycle when she is just about 6 months. There are some Pups however that will not show any signs of her first heat cycle until she is 15 months. During this period you will notice specific signs which may include swelling of the vulva, small amounts of blood discharged and male dogs will seemingly become overly interested in her.

She may exhibit unusual behavioral patterns such spending increased time in her dog bed, and taking her favorite toy with her. Generally the heat cycle will last between 2 to 4 weeks and just about two times each year. The female Pug will undergo this heat cycle for the duration of her life until she is spayed. Many breeders have observed that she should be spayed before she gets to an elderly age as there are certain health problems which will occur by the female Pug going into heat.

For owners who do not have the intention to breed their female Pug, it has been suggested that she be spayed before she entered her first heat cycle as this will reduce the chance of her to develop mammary or ovarian cancer. By opting to have the procedure done from a early age the chances of a healthier longer life is vastly increased for your Pug.

Many breeders have observed that successful breeding go the female Pug will occur between the 9th and 10th day of her heat cycle as it is the best time to allow her to mate with the selected stud.

The mating process will usually occur without any intervention after the breeds are introduced. The stud will become overly excited in the presence of the receptive female and begin to lick her vulva region. He will quickly mount her from behind penetrating her. The glands behind the penis at this point will begin to swell. In response the female’s vulva will clamp around the swelling forming what is known as a tie. The tie will last between 30 to 45 minutes during which the sperms are sent to the waiting eggs to be fertilized.

A successful breeding of the female Pug will result in a pregnancy which lasts between 60 to 65 days on average. During this time she should have her regular visits by the local veterinarian to closely monitor the pregnancy to allow a smooth delivery of her litter.