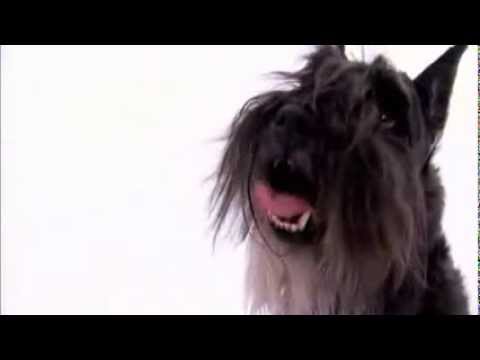 Originally from the Standard Schnauzer breed in Germany the miniature breed was exhibited in 1899 as a small farm dog with the specific purpose of killing all kinds of vermin and can be easily recognizable in several German paintings as far as within the 15th century.

Famously known for it’s distinguished appearance, characterized by it’s long whiskers and double coat, this breed has a naturally protective nature, and despite it’s miniature size has been known to be an excellent watchdog just as much as any other large breed dog. The Schnauzer has a hard outer coat with a softer undercoat which can either be seen as black and silver, salt and pepper, and solid black  which may often require hand stripping for show ring appearances or the basic clipping for the average owner. This breed sheds very little of its coat making it quite suitable for owners who may surfer from allergies.

The Schnauzer should be groomed between 5 to 8 weeks occasionally to keep the breed looking at their best as most owners who have the tendency to enlist their dogs as show dogs prefer the services of a professional groomer rather then the conventional grooming of the do it yourself.

The Schnauzer breed likes to be the center of attention being very energetic and spunky are exceptionally good with small children and other animals. As a very intelligent breed, the Schnauzer has the ability to be very manipulative in order to achieve attention and can be quite stubborn at times. This breed requires a lot of exercise and outdoor activity as they have the tendency to quickly gain wait if they are not fed a proper diet.

Schnauzers tend to exhibit a fearless trait around lager dogs which often gets them into a bit of trouble. However they are never good matches with smaller mammals such as rats and gerbils which is a direct result of their initial breeding purpose to seek out and kill such vermin.

The Schnauzer is an intelligent easily trainable cheerful breed known to adapt quickly to small environments including condos and small apartments and even large homes with large outdoor surroundings to run around.

It is recommended that when breeding your Schnauzer, precautions must be taken to ensure both dogs receive a clean bill of health as the breed has been generally known to be susceptible to such diseases including, allergies, bad skin, diabetes, bladder stones and a few others.

Owners must have a certain lever of experience and knowledge required to care for the pregnant and afterwards female Schnauzer and her puppies, including the required foods or her diet, the whelping procedure and care for newborn puppies, as well as the removal of declaws and and tails to be docked.

During the pregnancy period the Schnauzer female may require a cesarean section to be performed to allow the delivery of the puppies which on any occasion can be quite an costly operation one in which there is a possibility where the mother my not survive. The puppies upon delivery must be examined by the veterinarian and a health certificate be issued in accordance to state laws of any particular county.

Prior to mating, the male Schnauzer should be knowledgable of the actual mating procedure as if he is found inexperienced may need some assistance by the owner as a female could easily become irritated and unresponsive to to the male in such a situation.

When breeding the Schnauzer, one must choose an appropriate breeding pair relative to both the health and temperament of the dogs. The female Schnauzer must be in heat for at least 10 to 14 days after first signs of her cycle to ensure she is within the fertility period. Schnauzer period will generally last for at least 21 days and occurs only two times each year.

She will often raise her tail wagging it side to side indicating she is ready to mate. When placing both dogs together ensure they are placed in an outdoor enclosed space and continue the process every other day until the female Schnauzer refuses to continue mating with the specified male indicating her fertile period has ended.

The female will exhibit signs of increased nipple size and pronounced weight gain which although not conclusive can be a strong indication that she is in fact pregnant. By taking her to your local veterinarian to have an ultrasound done will determine whether or not she is actually pregnant.

The female Schnauzer will generally deliver a healthy litter between 61 to 65 days after successfully mating which will require you setting up a whelping fox for her to remain comfortable after giving birth.