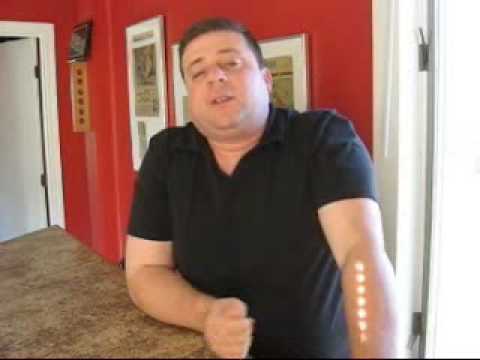 Developed in Scotland the Scottish Terrier was formerly known as the Aberdeen Terrier named after the Scottish town Aberdeen. The dog was nicknamed “little diehard” later in the 19th century by the fourth Earl of Dumbarton. The dogs were used to hunt animals such as the fox, the rabbit. the badger and the otter in the late 18th century when the Scotties made their way to the United States of America.

The Scottish Terrier can be seen as a short legged sturdy dog between 19 to 21 pounds in weight and having an average height of about 10 inches which when groomed has an even shorter appearance. The breed has a slightly domed long skull of medium width. The small almond shaped eyes are set far apart.

Its pricked pointy ears stand erect and over its head. The length of the dog’s muzzle is almost the same as its skull tapering towards its nose with a small stop with the teeth meeting in a scissors level bite. The back of this breed is fairly level with its medium length tail slightly wider at the base than towards the tip.

The front feet of the Scottish Terrier is slightly larger than the rear feet and are seen quite round in shape. The dog is seen t have a coarse compact wiry outer coat with a softer protective undercoat. The length of its coat is seen distinctively longer at the beard, legs, eyebrows, and generally the entire lower section of its body and can be seen in brindle, black or wheaten in color.

This hardy lovable breed is brave and alert charming and full of character. Seen as a playful puppy this breed will mature to a dignified adult and an excellent watchdog.The Scottish Terrier can be quite stubborn and requires a firm yet gently handling from an early stage. They have a tendency to respond quite well to confident assertive commands issued by the owner.

The breed is quite difficult to train resulting from their natural instinct to work independently from their owner without the need for direction. As such the Scottish terrier with its lively, intelligent and proud temperament thrives on positive reinforcement and do not respond well to aggressive training.

Most terriers can be seen as annoyingly happy which certainly is not the case of the Scottish Terrier with his alarmingly loud bark. They are quite sensitive and acute in their nature to differentiate between the footsteps of a family member to that of a stranger.

They enjoy walks, digging, wrestling, playing tug-of-war and ball games. They are seen as sporty, independent and home loving dogs capable of completing any tasks and have fondly been referred to as a big dog trapped in a small frame. Very sensitive to criticism and moments of praise the Scottish terrier should be properly trained with gentle commands.

They are excellent house dogs generally not recommended for families with small children as they will potentially take over the home through lack of supervision of the children. The Scottish Terrier is a natural hunter and as such does not do will in the company of smaller pets. Slightly tolerant of cats this breed is specifically intolerant of smaller mammals including hamsters or mice as they to his natural instinct are considered as food supply.

The Scottish Terrier has been print so specific health problems including the Scottie Cramp, Von Willeband disease, skin and jaw problems, flea and allergy.

Suitable for families living in an apartment, small townhouse or even homes with a large backyard the Scottish Terrier is adaptable to all living arrangements. However the breed prefers cooler climates. They do however require active daily outdoor walks with a lot of exercise to fulfill their primal instincts. They enjoy digging holes in the backyard oblivious to the fact that you might find it quite annoying. They like to chase small animals such as squirrels upon sight so it might be a great idea to have a fence surrounding your back yard.

The dogs wiry coat requires regular brushing taking extreme care when the dog is shedding. Bathing and dry shampooing should be done as often as possible and taken to a professional groomer to be trimmed at least two times each year.

Both dogs prior to mating should be tested by the local veterinarian to ensure they do not possess any hereditary diseases which could be passed on to the puppies.

When breeding the Scottish Terrier it is important to note that like most other breeds the Scottish Terrier will go into hear between 6 to 7 months. Specific symptoms can be observed by the swelling of the vulva and small amounts of blood when fluids are passed. Loss in appetite is also a notable symptom.

She will seemingly become unattractive during the fist two days of heat and increasingly interested in mating after 7 to 10 days. The dogs should be introduced at this point in a quiet environment and allowed to mate. After successfully mating she should be taken to the local veterinarian to diagnose whether the process was a success. If she is pregnant the pregnancy will generally last for about 63 days. You should provide her with a secluded warm dark place properly cleaned for her to have her puppies.

Within 35 days of the pregnancy the Scottish Terrier female will require twice the amount of food than usual and will need three times that amount once nursing begins. She should be examined within 45 days of the pregnancy by your local vet to have an Ultrasound performed to monitor the puppies. Following this she should be observed until she deliverers her litter as little or no help will be required during the process.